DigixDAO was the first cryptocurrency-based project to successfully endeavor in the tokenization of physical assets. The project launched in March of 2016, providing customers a more accessible way to buy and store gold, creating virtual tokens which can be redeemable for gold.

To nurture this narrative, the project employs the Ethereum blockchain and InterPlanetary Files System (IPFS). More precisely, DIGIX runs a Proof-Of-Asset (PoA) protocol to track the assets through their chain of custody, while never retaining custody of the said assets, in truly decentralized fashion.

In practice, the actors in the custody chain digitally sign the asset cards at each step of the process, in the aim of guaranteeing authenticity of the assets under management. In the case of gold, the vendor, ValueMax Singapore, certifies that real gold bullion bars were sold; the custodian, The Safe House, validates the deposit of the gold bars; and the auditor, Bureau Veritas Inspectorate, checks the quality and quantity of gold every quarter.

This information is uploaded on the IPFS for permanent record.

Once the network has proof of the asset in custody, a smart contract mints fungible DGX tokens whose value is derived from the weight of gold: 1 DGX token represents 1 gram of gold. They are sent to an Ethereum address, and can henceforth be used at the owner’s discretion (for example, remain a store of value, be used as a medium of exchange, serve as collateral on a loan etc.).

All the asset card owners can exchange their DGX tokens for physical gold, and depending on their country of residence, the owner can collect the gold in person or have it physically delivered to their home. It is a very pragmatic and transparent process, not to mention the fact the network employs full-reserve banking system – unlike our traditional banking system – wherein 100% of the depositor’s asset are ready for immediate withdrawal on demand.

DIGIX charges DGX holders a 0.60% demurrage fee for storing and securing the gold backing the token, as well as a 0.13% fee on transactions. It should be highlighted that the demurrage fee has been indefinitely set to 0% to support initial growth of the token.

Now things start to get very interesting. DigixDAO operates under the label of a Distributed Autonomous Organization (DAO), which means that rules and decisions related to the underlying project’s future are handled by a large number of remote individuals, as opposed to the traditional, hierarchical version of governance. This is special because it means that DigixDAO was the first project to hold itself accountable to the needs and wants of the network participants themselves, rather than those of reigning governments and financial institutions.

Holders of DGD tokens are conferred voting and contribution rights by the network, and those who actively participate in project governance are financially compensated, receiving a percentage of the network transaction and demurrage fees.

DigixDAO is also supported by an all-star team and top-tier advisors based in Singapore, benefiting from expertise gained in the fields finance, business strategy, and software development.

The vision of DigixDAO, since its inception in March 2016, is to grow the DGX ecosystem with thought-provoking innovations from the community. Being a DAO, the project relies heavily on the involvement of its community, giving DGD holders the ability to pave the future of the network. The project offers an API access for those wanting to connect their (decentralized) applications. With this access, there is no limit to the platform’s innovative potential.

The project aims to open other storage facilities around the world to establish regulatory redundancy when using the network.

The volatility of digital currencies is an important element in the determination of credit risk, and the relative stability of the price of gold – being a safe haven asset – allows DGX to position itself as a stable lending alternative (for example, DIGIX partnered with ETHLend serving as lending collateral).

Furthermore, more DG_ tokens representing silver, platinum, and other precious metals are also possible in the future, allowing users to diversify their tokenized asset portfolio. For now however, DIGIX and the DigixDAO is solely focused on their gold backed token offering DGX.

With recession threats looming ever closer, the safe haven asset, gold, is expected to rise in the coming months and years, especially considering central banks around are stocking up on gold. This spells good news for HODLers of DGX.

Exchange availability, currency pairs, and liquidity information are available here for DGX and here for DGD.

The bottom line is that DIGIX and the DigixDAO has created a digital, cryptographically secure version of gold on the blockchain, with potential to tokenize other virtual assets. It is made divisible and transferable, permitting full visibility over ownership, in turn democratizing access to precious metals ownership.

For this reason, DIGIX has the potential to become one of the most widely used decentralized financial networks of the future. 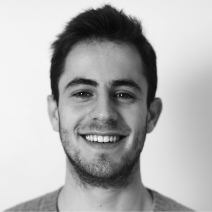 Patrick is a third culture kid born to Brazilian parents, who enjoys reading, writing and thinking. He believes we need to be relentlessly improving models for investing in good ideas and moving them from the lab to the market, which naturally draws him to the cryptocurrency and blockchian space.

Bitcoin Remains a Risk-On Asset, Not As Digital Gold, Says an Economist